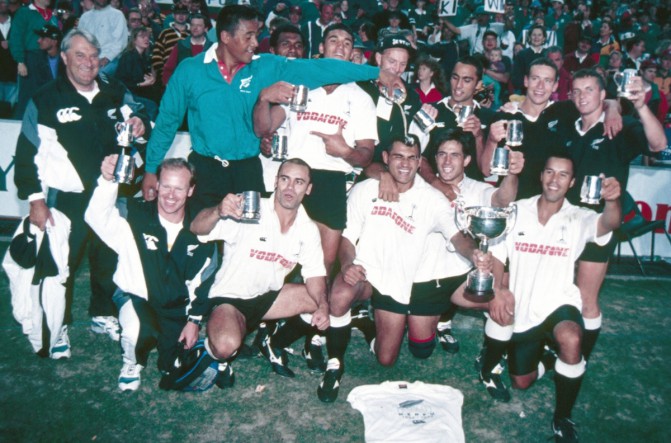 One of the most dangerous attacking fullbacks in modern rugby history, New Zealand’s Christian Cullen, has been named as the third player in the Hong Kong Rugby Football Union’s (HKRFU) ‘The Hong Kong Magnificent Seven’ campaign.

‘The Hong Kong Magnificent Seven’ campaign is designed to accentuate the celebration of 40 Years of Sevens in Hong Kong as part of the 2015 Cathay Pacific / HSBC Hong Kong Sevens with the HKRFU announcing its top seven international players to have taken the pitch at the hallowed Hong Kong Stadium in So Kon Po over the past four decades.

Widely acknowledged as one of the most dangerous fullbacks of the modern era, Cullen burst onto the international scene after his appearance in Hong Kong in 1995. After playing only one match in the previous year’s tournament, Cullen replaced the injured Adrian Cashmore in 1996.

He grasped the opportunity with both hands, scoring an astonishing 18 tries over the weekend and claiming the 1996 Leslie Williams Award for the Best & Fairest player.

“It’s a great honour to be included in the list of the greatest players to appear at the Hong Kong Sevens in the past 40 years – so many fantastic rugby players have played here, and for many like myself it was the start of an international career.

“The 1996 tournament will always hold special memories for me, an epic Cup Final against Fiji and of course winning the Leslie Williams Trophy. I always love coming back to Hong Kong, and I am looking forward to joining the celebrations at the end of March,” said Cullen from New Zealand.

Cullen’s Hong Kong exploits led to his All Blacks debut later in the same year – aged 20 – and reinforced his sevens sobriquet as the Paekakariki Express. He went on to score a hat-trick in his test debut against Samoa and collected four tries against Scotland in his second test. The first steps in a glittering career that would see him become New Zealand’s most capped fullback and scorer of a then record 46 test tries for his country.

Returning to the Sevens fold in 1998, Cullen played a pivotal role in helping New Zealand win the gold medal at the 1998 Commonwealth Games in Kuala Lumpur, Malaysia.  He joins previously announced sevens legends China’s Mr Rugby Zhang Zhiqang and England maestro Ben Gollings in the HKRFU’s Magnificent Seven and is the first player selected that predates the inception of the HSBC Sevens World Series in 2000.

An additional player will be announced each week in the build up of the Cathay Pacific / HSBC Hong Kong Sevens from 27-29 March 2015 when the entire Magnificent Seven will be assembled on the pitch that they helped make synonymous with world-class sevens to the approbation of the 40,000 strong crowd. 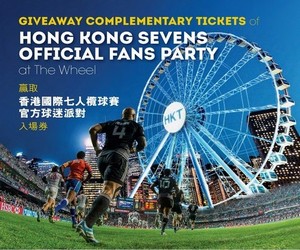