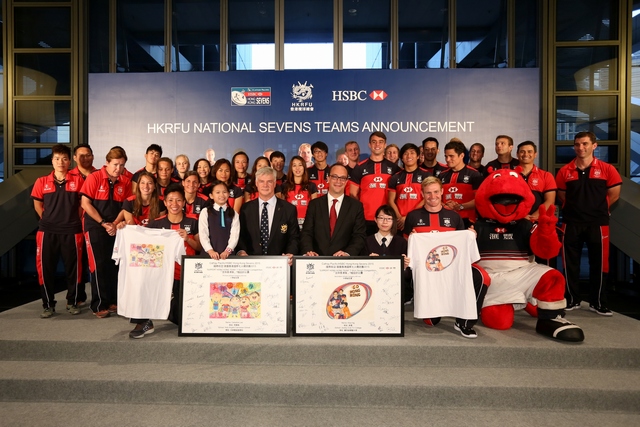 The Jamie Hood-led Hong Kong men’s team will have home ground advantage as they make their fourth attempt at becoming a core team on the international series next season. The men’s team is one of the leading contenders for the single available spot on the Sevens World Series in 2015/16 awarded to the winners of the 12-team international qualifier tournament held in Hong Kong. The men’s qualifier features two teams from each of World Rugby’s six regions. Hong Kong’s pool has a distinctly Latin flair with Mexico, Brazil and Uruguay in the same grouping.

The team was recognised for the successes of the past season winning the Samsung Hong Kong Sports Stars Team Award. It was the side’s fifth consecutive win in the Team category and their sixth in the past seven years, but the squad is aware that those successes are in the past and that their performance next weekend in the heaving Hong Kong Stadium will beget bigger opportunities than ever.

The squad features significant experience with Rowan Varty marking his tenth Hong Kong Sevens appearance alongside familiar names like Salom Yiu Kam Shing, Nick Hewson, Lee Jones, Cado Lee Ka To, and Tom and Alex McQueen. Only one change has been made to the squad that won in Borneo with forward Jack Capon dropping out due to injury. Mark Wright, Hong Kong’s only player in the professional Japanese league, replaces Capon, marking his first appearance for Hong Kong since the Asian Games.

Chris Maize who has regained top form after a long layoff with injury was rewarded for being a mainstay of the side after playing in all three of Hong Kong’s build-up tournaments this season in Margaret River, Darwin and Borneo. Maize is the only men’s player making his debut appearance in the Hong Kong Stadium next weekend. 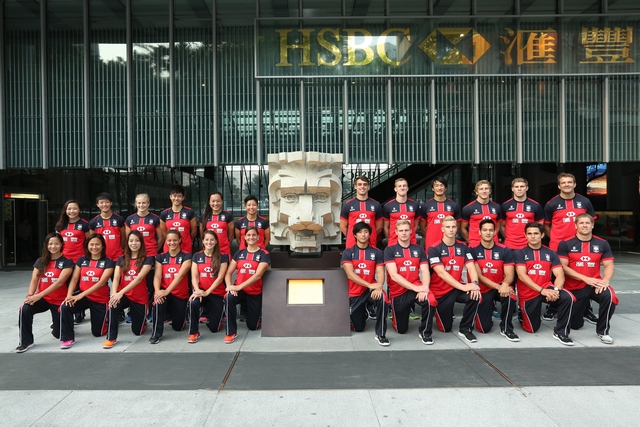 Although missing a few key players due to injury, head coach Anna Richards has also been able to call upon an experienced selection under the captaincy of Royce Chan Leong Sze, who joins Rowan Varty in making a tenth appearance in the Hong Kong Women’s Sevens.

Try-scoring threats Aggie Poon Pak Yan and Natasha Olson-Thorne have both been named in the final twelve, which also includes two replacements since Borneo in the experienced Candy Cheng Tsz Ting – earning her eighth Hong Kong Sevens appearance, and Nam Ka Man on debut. In total, ten of the squad have played previously in the Women’s Sevens, with Adrienne Garvey and Nam the only debutants.

This is the second year HSBC has sponsored an art competition alongside the HKRFU, encouraging students from around Hong Kong to support the national rugby teams through art.  The competition saw more than 500 primary and secondary students using their creativity to design a t-shirt print, showcasing their support and encouragement for the home teams. Eight year old Celestine Lee Nok Sze from Holy Angels Canossian School (天神嘉諾撒學校) won the primary schools category whilst sixteen year old Alice Ng from Jockey Club Ti-I College (賽馬會體藝中學) won the secondary schools category.

The winners saw their designs printed onto t-shirts and presented to the team captains on-stage this afternoon, whilst both winners were also presented with their own original design framed and autographed by members of both the men’s and women’s teams. Primary school winner Celestine Lee also received three tickets for the Sunday of the Cathay Pacific/HSBC Hong Kong Sevens and an once-in-a-lifetime opportunity to be a ball carrier during one of the final matches on Sunday. Secondary school winner Alice Ng received three tickets to the Sevens on Saturday and a Hong Kong team jersey signed by members of the men’s and women’s sevens squads.